How To Recognize A Depressed Man 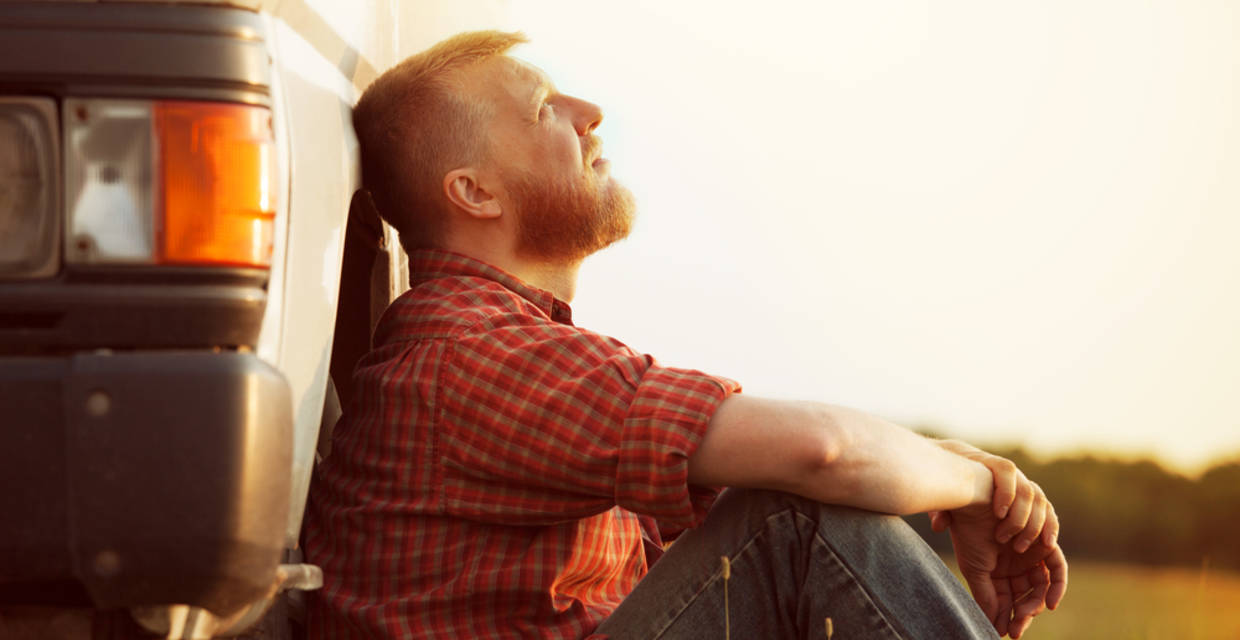 Feelings of sadness that stick around for the same length as your long hauls may be more than just sadness—it could be depression.

Sadness may be passing, whereas depression is a persistent state of despair, according to the National Library of Medicine.

It can be crippling, affecting your relationships, your job performance, and your self-esteem. Depression can easily wreck an otherwise good life and should be treated as soon as possible.

Symptoms of depression, according to the National Institute of Mental Health (NIMH),

What many people don’t know is that depression in men can be harder to diagnose. See what you know about depression—and more importantly, what you don’t.

True Or False: Symptoms Of Depression In Men Are Different Than In Women.

The usual symptoms of depression aren’t as easy to spot in men, says the National Alliance on Mental Illness (NAMI).

Men are brought up to believe that showing feelings makes them less manly. They are much more likely to hold them in, which eventually comes out as irritation, anger, or aggression.

Depressed men may resort to unhealthy behavior like drinking alcohol or turning to drugs.

True Or False: Women Are More Likely To Commit Suicide Than Men.

Men represent 79% of all American suicides.

Compared to women, depressed men are more likely to die by suicide—not just attempt it, says NIMH. This can be attributed to using more lethal methods, such as guns.

Additionally, they hide the warning signs more and are quicker to act on suicidal thoughts, rather than brood on them for extended periods, according to NAMI.

True Or False: Men Are Less Likely To Seek Help.

The cultural stigma around men expressing feelings or seeking help can make depression worse, and in the case of suicide, fatal.

Seeking help for depression is not a weakness. It actually takes a lot of courage.

Depression—like heart disease, asthma, or any other medical condition—is an illness that needs treating. If you’re suffering from clinical depression, you cannot will yourself better or pretend it’s not happening.

True Or False: Depression Is Very Difficult To Treat.

Once you seek help, there are very effective treatments for depression.
Medication is one form of treatment, though it has to be carefully supervised by a doctor. It may take some trials to work, and you’ll need your medical history thoroughly examined first to rule out any other causes of your symptoms.

Some people report an initial worsening in thoughts of suicide when they start on antidepressants, so you need to keep in close touch with your doctor if you’re taking them.
Therapy is another treatment. Some men balk at the idea of this. Sitting down with a stranger to talk about your feelings and personal problems can seem daunting and unnatural.

However, therapy doesn’t mean you’re admitting weakness. It can help you identify problems that may be contributing to your depression.

Talk therapy is not the only kind of therapy, either.

CBT focuses on identifying the relationship between your thoughts, your feelings, and your actions. Unlike talk therapy, it’s very goal-oriented, and you can expect to do very concrete exercises to help identify negative thought patterns.

DBT is a similar therapy in that it is also goal-oriented, but it focuses more on how to tolerate and accept uncomfortable feelings.

These therapies can also help you figure out how to change or cope with certain thoughts, according to the National Institute of Mental Health.

DOT and CDL Exam Clinics Near Me

Sorry, we were unable to determine your location.
Click here to find the walk-in clinics near you.